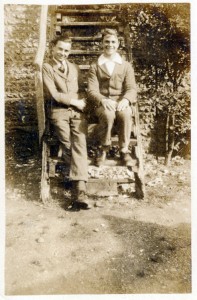 So who are these two young men? They are sitting on the steps leading down from the hay-loft into the yard at Findon Farm. This photograph is in Ellen Short’s photograph album. On the next page in her album are the photographs below of the horse pulling a cart. 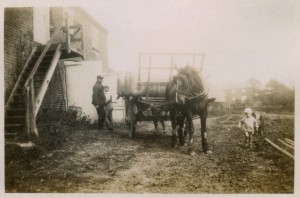 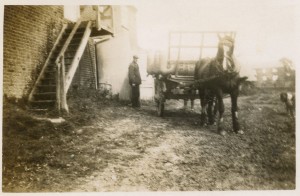 I studied the two photographs above for some time, carefully reading the text on the sack on the cart. I compared the markings of the horse with a photograph of ‘Diamond’, Albert Junior’s long time cart-horse. Although similar the tapering of the horse’s blaze on it’s nose is different. 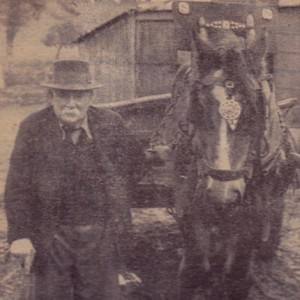 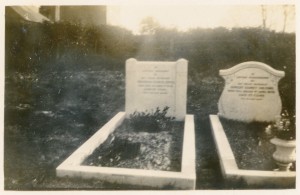 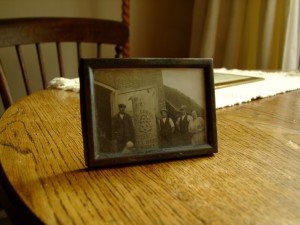 And then I came across this framed photograph in Ian’s office, I recognised the writing on the sack (centre of the picture) as being the same as in the previous photographs. This photograph belonged to Aunt Nellie, it is still in it’s original frame, giving it some significance; we tend to frame pictures of importance or they are presented to us as gifts. Ian was able to reveal the identity of the photograph’s subjects…….as he explains in the video here, it seems that Ellen Short spinster may not have always been completely the spinster I had imagined: