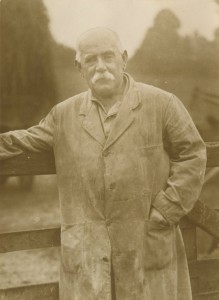 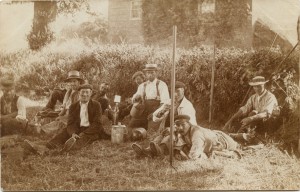 Albert Short Junior fourth from right. The cottage behind is at the bottom of Bost Hill and the old lane (now the A24) is between the hedge and cottage. 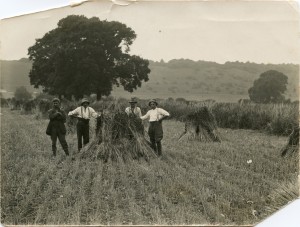 From left to right: Harry Long Junior, John Upton, Harry Long Senior and Albert Short Junior. Taken from behind the cottage at the bottom of Bost Hill looking West. Bost Hill is behind the hedge and can be seen to the left of the photograph by the chalk pits. 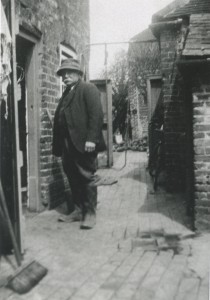 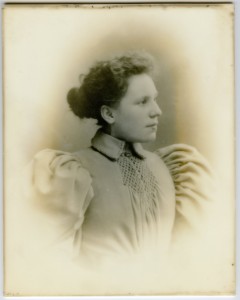 I asked Ian if he could describe Albert Junior’s character:

Click here to listen to the sound clip (opens in a new window).

On 7th February 1945 Albert Short Junior passed away aged 74. According to his instruction the farm was sold. His daughter, Ellen Short bought the cottages at Nepcote, letting the southerly one and living in the northern one: Elder Cottage.

Alice is buried with Albert in the Findon Cemetery, in a grave she purchased for 4 pounds in 1945.