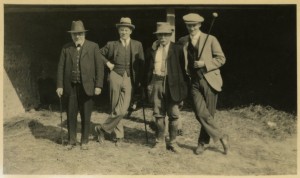 I asked Ian if he spent much time with Albert Short Senior and if he could share any memories. Ian describes his Great Grandfather in the following sound clips:

In the first sound clip Ian Short talks about the book ‘Fragments of Findon’ by Wyatt, here you can see the entries Ian refers to which list all the tenant farmers: 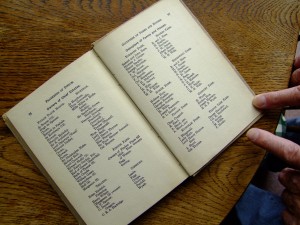 Albert Short Senior was buried 14th January 1931. One Jane Short is buried next to him in Broadwater cemetery, with the date of her burial 8th March 1917.

Another Jane Short, who died 13th March 1905 aged 60 years is buried in Findon Church cemetery along with their second son John Short who died on 14th February 1904, aged 32 years and their daughter Jane who died 11th April 1963 aged 81 years.